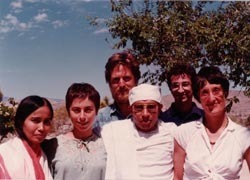 My hiking friend thinks that it'll soon be a novel idea just to go outdoors and really talk with another person. If that becomes a fascinating new trend, then maybe the pendulum will swing back to physical reality and away from virtual reality. Read More
Be the first to comment